A busy start to a promising year

Rooting advocacy in dignity and respect

A refugee blogger reminded us that people should be judged by the breadth of their mind and the depth of their character, not by their social position or economic achievement, and certainly not by their immigration status imposed by states.

One would think that this fundamental notion should be generally accepted as obvious in our day and age, but does it consistently discharge ingrained preconceptions, cultural bias and ethnic stereotypes?

There is a wide range of views about what constitutes respect, a mindset that perhaps has less to do with how people are esteemed, and more to do with how others are treated. The Golden Rule might be taken as an acceptable universal standard, for it is found remarkably at the root of many cultures.

The Golden Rule states that, “One should treat others as one would like others to treat oneself.”

This ethic of reciprocity prescribes a mutual, two-way relationship between oneself and others that involves genuine equality in treatment, particularly as a fair formula to resolve conflicts. Advocates will recognize that this concept underpins most international treaties and many domestic laws relating to the treatment of those perceived with otherness, different or foreign, refugees or not.

In 2014 Vision First continued to undergo a significant evolution in order to replace a comfortable program-centered approach with a challenging watchdog core. This transformation didn’t come easy, but was necessary to adapt our agency to an emerging reality in the asylum sphere, which Vision First were instrumental in generating, namely, the emergence of the refugee activist.

Critics might lament that we are too radical, that we are incapable of collaborating and prefer to provoke conflict, than foster dialogue. We contend that the strong opinions informing our actions are supported by even stronger data extracted from the reality we observe daily.

Therefore we believe that the keystone is the Golden Rule in its cautionary form: “One should not treat others in ways that one would not like to be treated.” As unlikely as it is that we will ever experience the hardship of asylum, truth is that governments are increasingly irresponsive to citizen wishes and needs, other than the most powerful. What if one day we were humbled into calling for help and those we pleaded with turn the other way?

What would we think if forced to seek asylum in a country where protection was an empty, illusory promise? Would we then be outraged at a zero-percent acceptance rate? How would we appraise insufficient welfare without the right to work? Would we submit to living in rat-infested slums as directed by government contractors? Would we keep quiet if our food rations were pilfered? What would we tell our children if we couldn’t buy school books?

How would we then esteem a society that fails indifferently to act upon our grievances?

These might be questions far too remote and abstract for wealthy readers who enjoy, or so they believe, freedom of speech and social security. Such answers might reverberate in the warmer corners of our heart, where the spirit of humanity overshines misguided conformism and complacency.

We might find consolation in charity by giving to malnourished children in evidently distant geographies, but turn a blind eye to families suffering in our community. Would we sleep comfortably at night knowing that our donations might indeed cause more harm than good in the long run?

Vision First champions advocating fearlessly against injustice by consistently speaking bluntly to counter unfair policies and reprehensible activities, even when threatened with defamation. We are less concerned about what will happen to us personally, than the discrimination suffered by our members.

Perhaps the effectiveness of an advocate is best measured by what she is prepared to sacrifice, outside her obvious comfort zone, because personal misery has a distinctive way of clarifying one’s convictions.

Hong Kong is a hard and forbidding metropolis for those unfortunate enough to hold undesirable citizenship, or have experienced grim circumstances. It has been said that the measure of civilization and its moral progress should not be judged by the treatment of its highest people, but of its lowest. In this respect, each citizen decides whether to defer to power and privilege, or defend the vulnerable.

Vision First firmly contends that it is scandalous to hold anyone in poverty, want and insecurity. Our present mandate is to safeguard refugee rights and, as such, we shall redouble our efforts to counter unjust policies and intolerable practices apparently formulated to control rather than assist refugees.

Vision First thrives in conflict, open debate and change and we look forward to generating more in 2015.

The “Justice Club” at West Island School invited the Vision First children to celebrate Christmas in what turned out to be the best day of the year, if not in the lives of all participants. Sadly refugee children are deprived of the privileges and joys enjoyed by most ordinary kids, because their parents are not allowed to work and therefore have zero disposable income.

The hardship and prejudge these young refugees suffer throughout the year were certainly forgotten for one day of happiness. West Island School has been a dedicated support of Vision First for many years and teachers Dawn and Temmy lead a team of passionate students who never fail to impress with their outstanding generosity and solidarity.

The Christmas Party was an outstanding display of thoughtfulness and kindness, as the organizers went out of their way to ensure the refugee families were treated like kings. There were delicious snacks upon arrival, which could have been the whole party by themselves. The children then played group games with prizes for everyone, before dancing and playing to their hearts’ content.

At that point it was hard to tell who was having more fun, the kids in carefree delight, or the parents watching blissfully. The biggest pizzas in town were delivered for lunch (there were also fruits and healthy snacks), before Santa arrived with the biggest load of presents anyone had seen. To top it all, a massive raffle distributed more gifts to all presents. The real challenge was later getting everything home!

Don’t tell the kids, but Santa was actually Jack, who has been like a Superman for Vision First. With his mother Dawn’s support, he collected presents at his flat since February and it’s hard to imagine they had much living space for themselves by the end. This marvelous duo was the drive behind the party and their spirit of solidarity for the vulnerable is an inspiration for us all.

Vision First is honored by the ongoing support of West Island School. This was certainly a most memorable Christmas Party! The refugee children and parents are deeply grateful for your generosity and unite behind the message of a mother, who twice a week holds her three kids from school for lack of bus money:

“Thank you West Island School for the wonderful Christmas party and gifts! God bless you more and our deepest thanks to the wonderful students and teachers who organized the event. Thank you very much! Merry Christmas to all!”

SWD tender for provision of assistance for refugees

Do you know this girl? 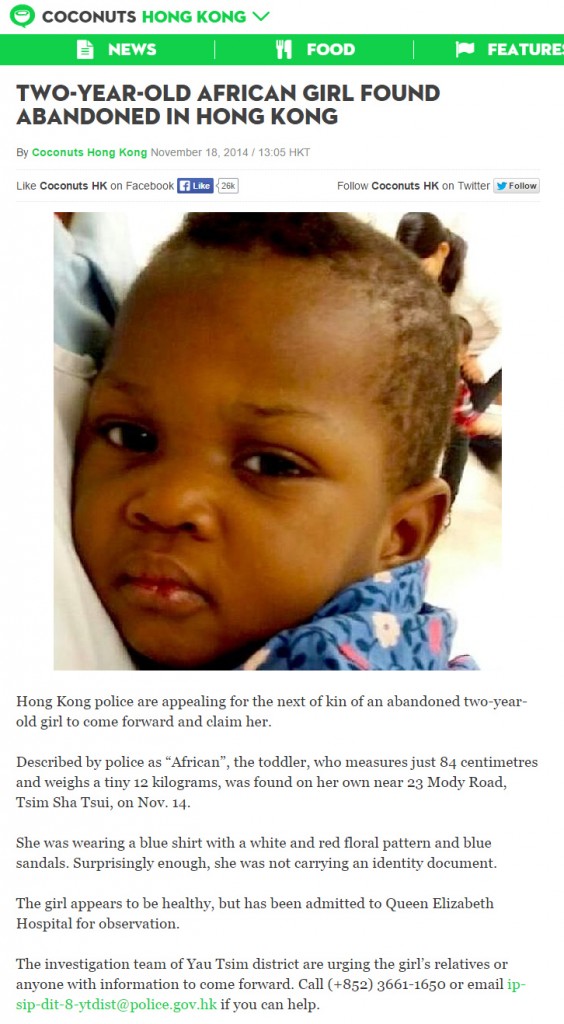 This new leaflet introduced Vision First’s services and aims to manage the expectations of new (and old) members. It is being translated into French, Arabic, Urdu, Hindi, Nepali, Bengali, Sinhalese and Tamil.