HK presents a hostile environment to those seeking protection

The time when Hong Kong received thousands of Vietnamese asylum seekers may still be a vivid memory for some, though it is probably fading for most others. As indicated in the article below, it is true that a concerted response by the government helped to avert a greater crisis.

Yet it is often forgotten that the response was humanitarian at first, though later transformed to mark the extraneousness of unwelcome arrivals from law-abiding Hong Kong society. The camps became places of vice and lawlessness under Hong Kong’s watch. Their depiction as such was never delete from public discourse affecting policy to this day.

The present reality suggested in the article below of government-engineered hostility towards asylum seekers finds its roots in the Vietnamese era. We no longer have camps, but refugee slums have assuming the same function. The self-serving demonization of asylum seekers who take up Hong Kong’s offer of asylum continues.

As it was the case back then, asylum seekers are legally marginalized, confined in spaces of immiseration that challenge their survival. They are portrayed as abusive, criminally-minded economic migrants with little though to the reason why such survival strategies are adopted today as they were back then. 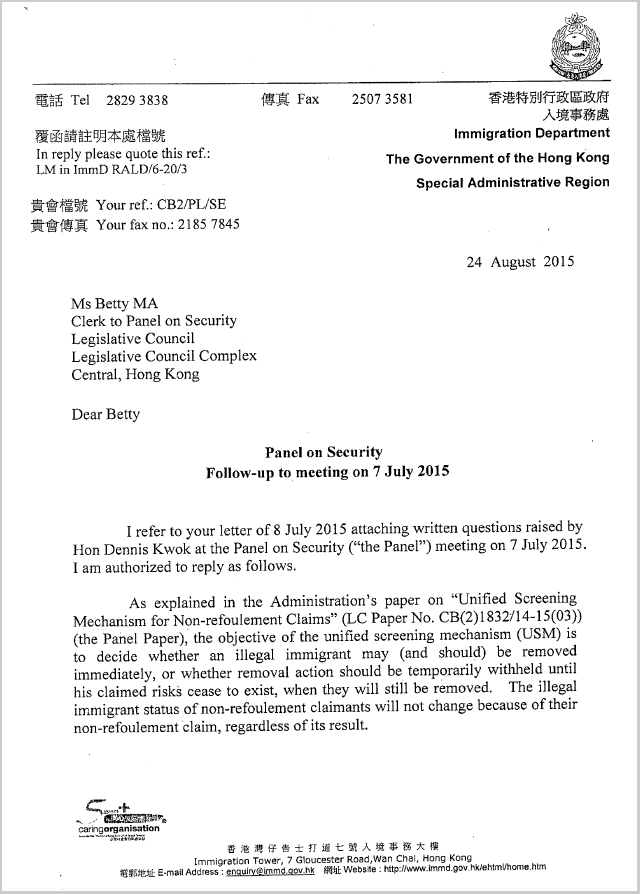 Dear Asia: The refugee crisis is our problem, too

No Any Advance Charge

Work not war seen as reason for Asia influx