The Legislative Council Security Panel meeting of 7 July 2015 failed to shed light on the structural problems that have drawn criticism to the Unified Screening Mechanism (USM) and its questionable 0.5% acceptance rate. The Security Bureau report that “amongst the 1873 non-refoulement claims determined by Immigration, 8 are substantiated”, figures that were sensationally echoed in the Chinese press as “99.5% of non-refoulement claimants are false”. Is that really the truth?

Vision First introduced the discussion on acceptance rates in 2012, when we first questioned the credibility of the Immigration Department’s effective Zero Percent Acceptance Rate that not only fails to protect persecuted foreigners, but is manipulated to brand refugees as abusers who should be expeditiously deported. Statistics however are only useful if provided with context and analysis.

A case in point is the period refugees wait for decisions – namely rejection. The Security Bureau reported that “since the commencement of USM, it takes Immigration about 25 weeks on average to decide on a claim”. However such an average is limited to the 1873 cases already determined. It does not include hundreds of refugees who arrived many years ago and, either have not been screened, or still await first-tier or second-tier determinations.

Vision First is aware of numerous refugees whose Torture Claims, in some cases filed years before the USM was launched, were not decided. The authorities have suggested that they may request prioritized screening, but what incentive do they have with a 99.5% certainty of being refused and then facing removal into harm’s way? Is it possible that Immigration avoids determining cases that are hard to refuse and might then cause embarrassment through judicial reviews? Some of these refugees have waited more than a decade.

It is certainly staggering that since the USM was launched in March 2014, a record 6461 new claims were lodged, a 250% increase on the previous year. The figure is greater than the entire refugee population was in early 2014 and might be indicative of Hong Kong’s growing status as a global city that attracts persecution, labour and poverty-induced migration. Hong Kong is apparently unable to categorize and manage them all effectively.

An analysis of the recent surge is beyond our scope. One might however consider the fact that Hong Kong has no temporary migration scheme for troubled foreigners, who don’t fit the definition of refugees, but are nonetheless fearfully reluctant to return home for a combination of reasons that may include debt, harassment, destitution and persecution. The predictable fallout from the city’s exploitation of 350,000 domestic workers should also draw attentive scrutiny.

Other issues are raised by the 43% of claimants (4250) who entered Hong Kong illegally. While the way of entry has no bearing on asylum grounds, the figure underscores border porosity and the resourcefulness of agents in eluding both Hong Kong and Chinese border controls. The problem should be raised as an indictment of immigration capacity, not as evidence of refugee deviance, because the persecuted are entitled to seek asylum through any channels – legal or clandestine.

Finally, the 0.5% acceptance rate may be challenged in relation to Pakistan that represents the top country of origin for refugees seeking sanctuary in Hong Kong (20%). Any cursory internet search reveals that Pakistan suffers appalling human rights violations, as well as violence against religious minorities, women, journalist, activists and underclass ethnic/tribal minorities. The government’s inability to guarantee security and eradicate corruption are further concerns.

Hong Kong acceptance of Pakistani refugees, since the ratification of the UN Convention against Torture:

QUESTION: Do fake Pakistani refugees avoid Australia to come here, or is the USM fake?

Discussion starts at the 15:39 time marker 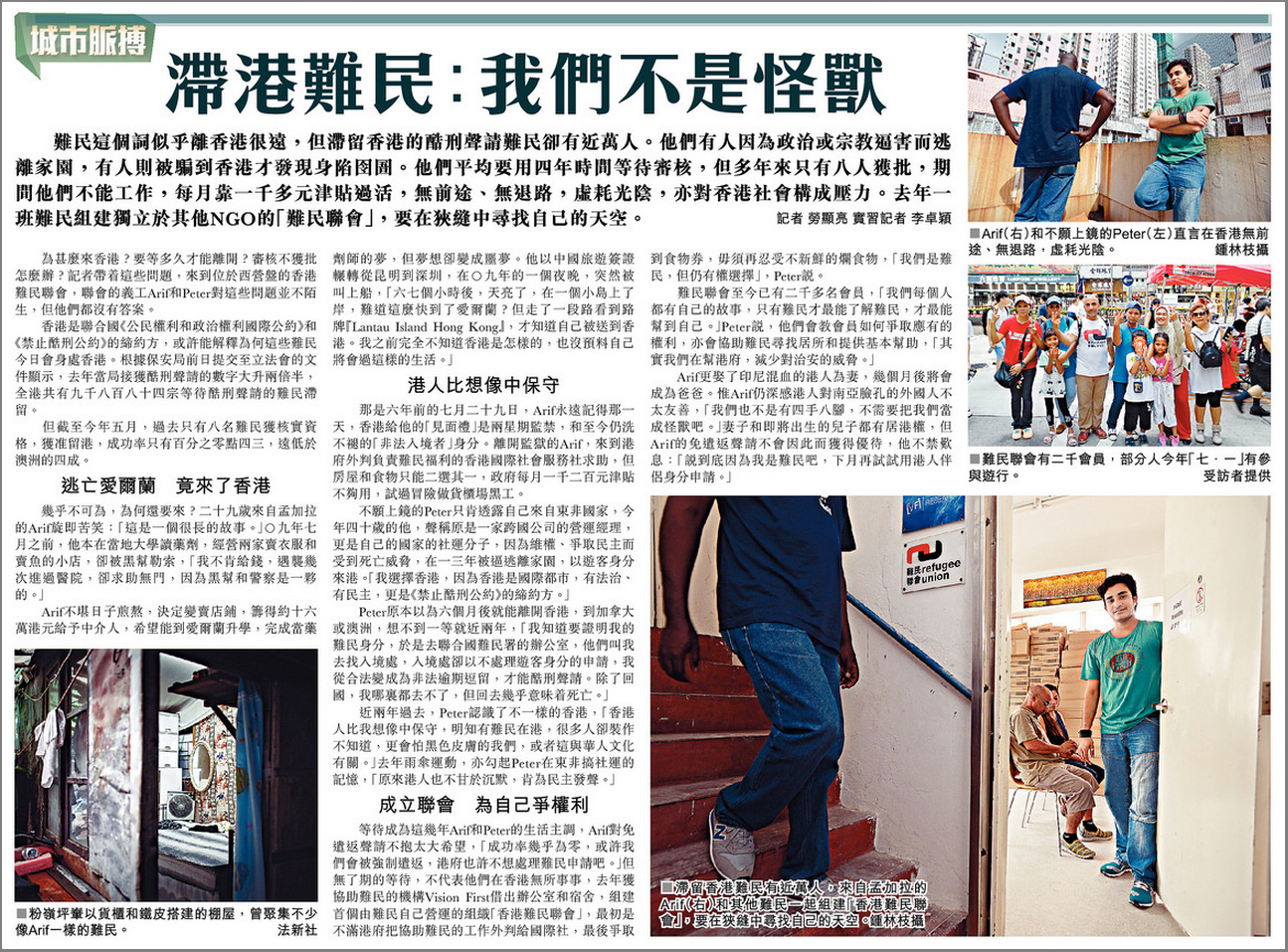