In fact the story that follows mainly discusses a very recent trend of some Indian nationals seeking asylum in Hong Kong, via the assistance of middlemen, who were induced under false pretenses to travel here with promises of employment. This relatively minor sub-group of migrants do not represent the majority of asylum-seekers who have sought refuge in Hong Kong.

While it is true that asylum is sometimes packaged with travel arrangements in India, and in many other countries for that matter, this is hardly a new situation, but one known to experts for over a decade. So why is it today firmly in the crosshairs of government officials?

Apparently the authorities are outraged by the blatant exploitation of shortcomings and delays in the USM system which consequently allow claimants to extend stays and work illegally. While work might be the main objective for a minority of claimants, the hard question is: Who is responsible for establishing an asylum process that twice in 20 years was deemed unlawful and today still presents shortcomings that are reasonably exploited? Should the captain blame the water for entering a leaky boat?

Looking at the big picture, the actual data must be considered critically: 197 of 10,600 refugees arrested for working (1.86%) is hardly indicative of a crime wave, considering that 100% of asylum-seekers live below the poverty line without employment rights. It is no mystery that welfare is structured with a deterrence objective to discourage claimants from remaining here. In this context, it is doubtful that any refugee makes ends meet without raising funds somehow, as NGOs are certainly not bridging the gaps and have neither the capacity, nor mandate to do so.

Less than 200 arrests this year for working illegally strongly suggests something other than abuse is at play here. Perhaps law enforcement is slacking, or more likely the Security Bureau has greater priorities, which are not reflected in PR-driven announcement of joint operations that raid small restaurants, recycling yards, or flats under construction. On the one hand, a heavy immigration hand cannot fix the incandescent social-political problems caused by the failed asylum/welfare system. On the other, a heavy hand and strong PR have the effect of mobilizing public opinion against vulnerable asylum seekers. This is a shameful and irrational attempt to marginalise and demonise innocent and highly vulnerable men, women and children.

Hong Kong suffers a severe labour shortage, affecting small businesses in particular, which generates a considerable demand for illegal workers. Jailing refugees who fill this labour vacuum might produce sensational news photos, but were the ban on refugee work stringently applied, grave consequences would be suffered by local employers.

Is demonizing refugees an expedient ploy to overshadow the fact that the Hong Kong Government does not hold the moral ground, as it formulated an asylum/welfare system that must be infringed to survive? Arrests only serve to push refugees further underground into the dark, unsanitary and dangerous workplaces where their visibility is reduced as much as their wages. If you stop to think about it, who are the demons?

Now a word in defense of Indian refugees. First, there is nothing newsworthy about the percentage they represent that is unchanged since June 2012, according to this press release. Second, Human Rights Watch reported that, “Members of India’s security forces continue to enjoy impunity for serious human rights violations.” Third, it is risible that consular authorities assure India is free of religious, sectarian or political persecution. You may also believe that China does not persecute human rights lawyers, as it recently assured the United Nations Committee on Torture.

Vision First reiterates that citizens from any country may seek asylum in Hong Kong and their claims must be approached on the premise that they are genuine, unless and until it is proven that they cannot be substantiated by the claimants. Meanwhile, economic needs are among the reasonable expectations of destitute refugees let down en masse by Hong Kong Government, despite assurances to the contrary.

The dark path to becoming an illegal worker in Hong Kong

The black-market labour racket and the middlemen making millions 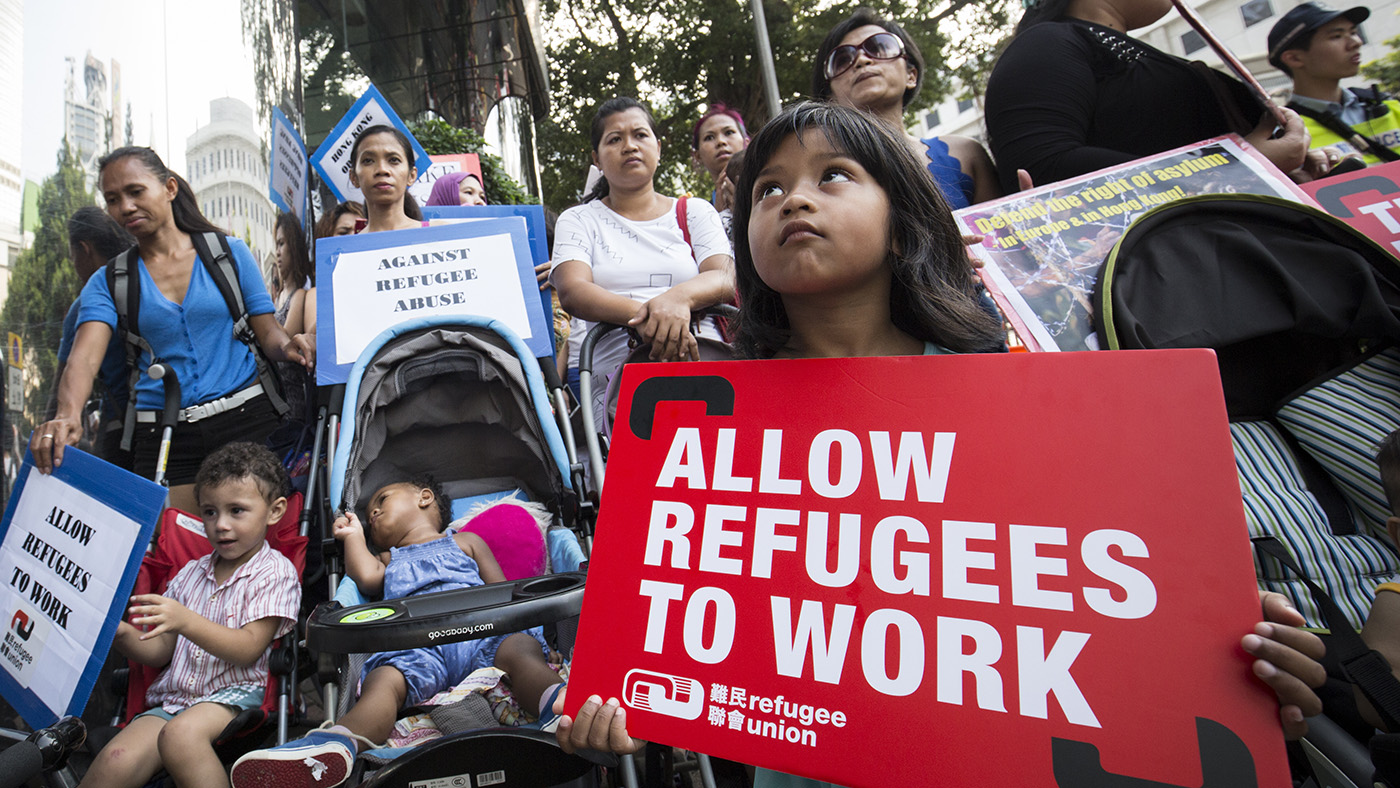