In the hills south of Yuen Long are many slums ISS sponsors and supports for refugees. The conversion of animal farms into refugee slums is a striking pattern and a preference for case workers. After the first farmer agreed to house refugees in abandoned sheds, many have followed. It’s been a gold rush of sorts!

This particular location was established over three years ago as the longest resident has been here since 2010, although others have since left. The conditions are primitive and harsh. We were unable to stay longer than a couple of minutes in any baking container. It is reported these once rented for 400$ before landlords learnt about the 1200$ ISS paid for refugees. Since then business is booming and work expansions are everywhere.

Housing refugees is good business and, until recently, nobody cared about falsifying documents. ISS contracts at this location bear a number of addresses that clash spectacularly with the one on the Lands Department notice. It is inexplicable that two refugees share one container while their ISS contracts show “89 Shek Tong Tsuen” and “18 Chuk San Tsuen”. A container straddling two villages – how bizarre!

The living conditions are now familiar to our website viewers. We are no longer shocked or even surprised that ISS case workers approve converted animal sheds for human habitation, well, at least not for themselves and their family. The pattern widens and expands. The ISS case workers who signed contracts in this slum are: Tanya Sze, Tofu Lau, Catherine Chan, Mary Lee and Eric So with several clients each.

It is alarming that the same dozen case workers appear to be managing ISS Slum Policy.

Obvious cases of fraud and theft with conspiracy to defraud by ISS and the landlord?

The baby neglected in the Slum in the Honeymoon House

Three kilometers from the Yuen Long ISS food collection shop, live 30 refugees. Some have bicycles, most cannot afford to buy one. A young single mother moved into this slum recently with her one-month old baby. Mother and child are under the protection of UNHCR HK.

One would expect ISS to prioritize assistance to the most vulnerable refugees. However, we met this desperate mother walking through fields, in scorching sunlight, with her fragile baby. She said she was hungry. We offered her one of our lunch-boxes. This brave mother led us to her slum.

ISS case worker Tanya Sze signed off the documents that settled her in a hut under a tree. There is no protection from baking heat or filthy flooding. There is electricity, but no water. There are no cooking facilities, no refrigerator for the food, no drainage or sanitation. By any civilized standards she is homeless!

The ISS contract Tanya signed bears false information. The tenancy agreement the landlord provided shows a deceptive address. Not satisfied with 1200$ rent, the greedy landlord robs this mother 1400$. ISS Tanya is either powerless or incapable of dealing with this criminal behaviour.

In the compound live 30 refugees including another young child. We worry less about the adults who somehow have learnt to cope with the hardship they believe is Government policy. Vision First wonders whether the Social Welfare Department and Security Bureau are aware of newborn babies living in such dangerous conditions.

One question: ISS requires a sight inspection. Tanya, did you visit the baby’s shack? 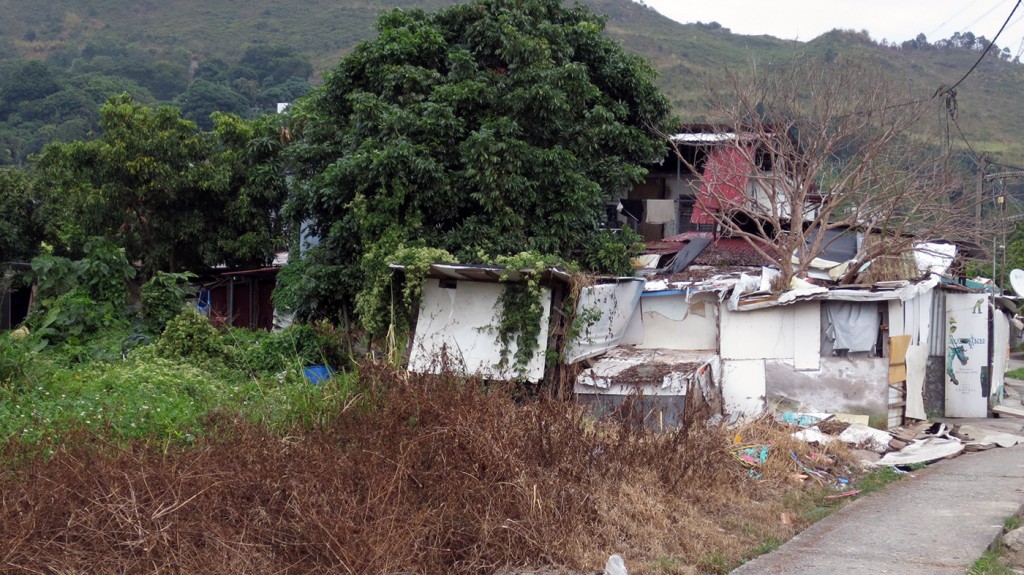 TVB Jade “Sunday Report” on the plight of refugees

South China Morning Post interviews a refugee in the slums

We have no secrets: asylum aid chief

The head of a Swiss-based international aid network has promised his organisation will not block a police probe into why asylum seekers have been housed in a converted pigeon farm. Jean Ayoub, secretary general of International Social Service, was responding to claims that ISS-HK, which looks after the welfare of asylum seekers, had been using taxpayers’ money to provide “inappropriate accommodation”. “In no way will we hide any information if it becomes real evidence,” Ayoub said from Geneva.

He said everyone had a right to give their side of the story, including ISS-HK. If any form of mismanagement came to light it “would be very serious”. But the organisation had never had “this kind of bother” in its 90-year history. ISS-HK is commissioned by the Social Welfare Department to help asylum seekers with housing, food, transport, clothing and other provisions. Last year it received HK$203 million from the government, which caps the monthly rent available for each recipient at HK$1,200.

In recent months, ISS-HK has faced heavy scrutiny from the Vision First rights group, which accuses it of forcing asylum seekers to live in the illegally converted pigeon farm in Tuen Mun that is a “degrading slum unfit for human habitation”. The owner charges HK$1,300 per person. The shed is patched up with tin, chicken wire and wood and has been subdivided into makeshift cubicles. The residents depend on bottled water for drinking and have only cold showers.

One of the eight residents was taken to hospital recently after drinking boiled tap water. Ayoub said it was up to independent directors overseeing ISS-HK to decide whether to suspend any personnel in the wake of the police investigation. “Depending on the seriousness of the allegations, the international board might step in to talk to the national board and seek ways to correct the situation,” he said. Ayoub said the ISS had a comprehensive set of rules and guidelines for its global network of offices to follow.

The inadequate treatment of asylum seekers, refugees and torture claimants was not a problem confined to Hong Kong, he said. “I would understand from a purely political or practical point of view that governments would want to restrict people coming to these countries,” he said. “What we’re saying is when someone is inside, they should be treated with dignity and not be limited by hundreds of Hong Kong dollars.”

The case for the right to work

In the aftermath of the refugee welfare crisis, Vision First advocates for the right to work. Radical change that is both meaningful and pragmatic must be rooted in upholding refugee rights and these include employment rights.

Palliative measures remain Band-Aid solutions that mask failed policies that might alleviate some hardship, but offer no lasting solution. It is hoped that the government will consider the bigger picture when brainstorming the way forward. Now is the time for policy-makers to study new ideas.

Granting refugees the right to work eliminates the constraints of a welfare system that will again be found wanting in the face of inflection and the economic pressure of life in a prohibitively expensive city. Assuming the upcoming Unified Screening Mechanism (USM) is fair, efficient and credible, refugees will no longer be waiting 5 to 10 years for decision and average stays will be shorter.

Under the USM umbrella, the government could adopt measures implemented in other developed countries that include a defined period of “waiting on welfare” (say, 6 months) followed by a period of “waiting while working”. How long refugees might work will depend on the efficiency of a screening system that meets the high standards of fairness demanded by society.

Vision First advocates for the right to work that offers advantages including:

Granting refugees the right to work removes the need to review the current welfare package. Empowering refugees meets the overarching principles the government strictly abides by and are the economic rock on which Hong Kong was built. In our view, the way forward is the right to work. It may be limited to certain sectors, where labour is in demand and refugees have a clear advantage in generating business opportunities from which the community benefits.

It is well-known that the government prefers economic arguments to those predicated on human rights and social justice. Safeguarding refugee rights, Vision First proposes solutions that are in the best interest of both Hong Kong and refugees. We should ask: What do refugees want, more welfare or the right to work? What does Hong Kong want, to improve economic prospects and social stability or to waste tax dollars in ineffective deterrence and welfare?

The definition of fraud

Vision First salutes the dawn of truth. Refugees walk on a foundation of facts. ISS’ foundation of deception and abuse is finally cracking. Fraud may be relevant to ISS having made representations to SWD that the refugee slums meet the requirements of the SWD Tender Specification and the SWD – ISS contract. The ISS case workers promoting the slums, leading refugees there, accepting false documents and signing contracts containing false information, might evince a clear deception by ISS on SWD and the HK Government. The truth will come out and anyone criminally liable will be held accountable. Here is the definition of fraud in Hong Kong law:

If any person by any deceit (whether or not the deceit is the sole or main inducement) and with intent to defraud induces another person to commit an act or make an omission, which results either:

the first-mentioned person commits the offence of fraud and is liable on conviction upon indictment to imprisonment for 14 years.