Vision First has learned from the refugee community that unusual ‘Blue Notices’ are being attached to the monthly ISS-HK agreements for provision of services. It is reported that the notices have appeared at all three ISS-HK branches in Prince Edward, Mongkok and Tsuen Wan.

The notices advise refugees to call, “ON MAY 28-29, 2015 TO KNOW WHERE YOU SHOULD REPORT FOR JUNE 2015 CONTRACT RENEWAL.” If it occurred only at one office, one could speculate that rental increase might be forcing a relocation. But why are these notices issued at three branches?

Upon inquiry from refugees, case workers replied that the office concerned was moving. Certainly relocation is hardly uncommon in ever expensive Hong Kong, but what are the odds of three branches ending leases with presumably three landlords at the same time?

It should be noted that June 2015 coincides with the Social Welfare Department starting its new contract for the provision of welfare services to asylum seekers and refugees. The SWD remains tight-lipped about upcoming changes according to the tendered issued in November 2014. 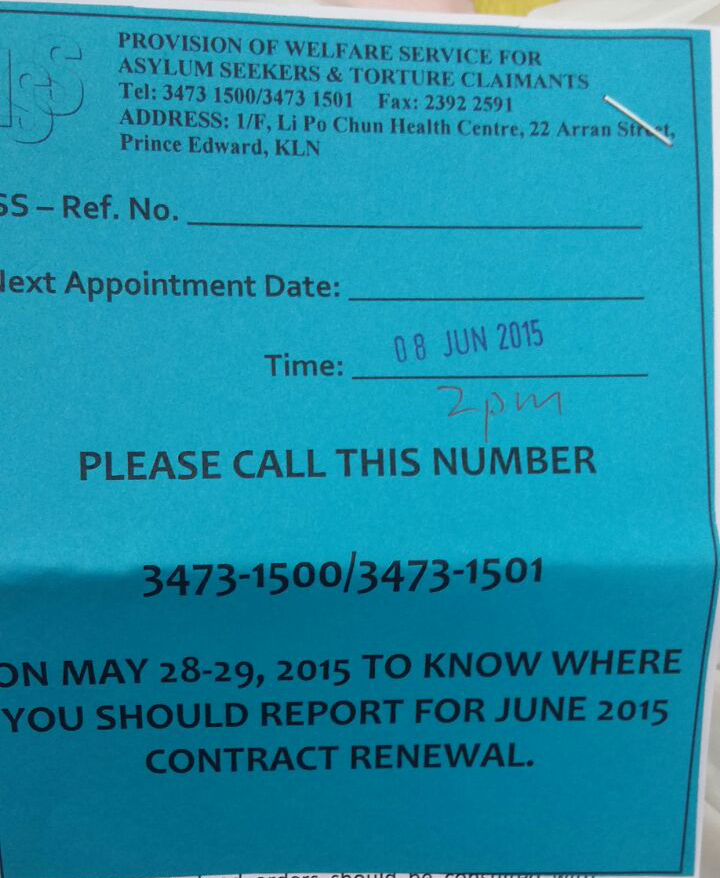